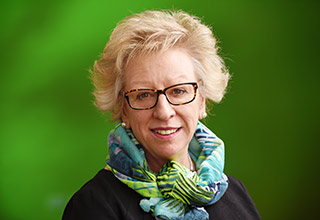 Organised by the Carers Trust, a charity which works to improve support and services for carers, the aim of the day is to raise public awareness of the significant challenges faced by children and young people with a caring role and to campaign for greater support for their needs.

This year’s focus for Young Carers Awareness Day is mental health because it is widely recognised that being a young carer is a risk factor for the mental wellbeing of children and young people.

Government figures estimate there are 700,000 young carers in the UK providing care in, or outside, family homes for family members who are physically or mentally ill, disabled or misusing drugs or alcohol.

The median age of a young carer is just 13 years old and on average, two young carers in every UK secondary school miss or cut short around 10 weeks of school each year because of their caring responsibilities. Many young carers report problems coping with their school work and nearly 60% say they struggle to meet deadlines.

The Carers Trust reports that all too often, mental health support for young carers and young adult carers just isn’t available. And even when support is provided, the situation is often exacerbated because some people or professionals don’t understand the specific difficulties and challenges faced by young people as a result of their caring role.

As a result, the Carers Trust has launched the #CareForMeToo campaign to ensure there is better public awareness of the mental health support needs of young carers and to encourage the general public to pledge action to help young carers maintain good mental health.

At Hyphen Law, we often meet families, including young people, who are sharing the responsibilities of caring for a loved one who is unable to look after themselves.

We understand only too well the toll this can take on their health and mental wellbeing. That’s why campaigns such as the Young Carers Awareness Day are so important.

If you would like to learn more about the Carers Trust’s #CareForMeToo campaign visit: https://carers.org/.